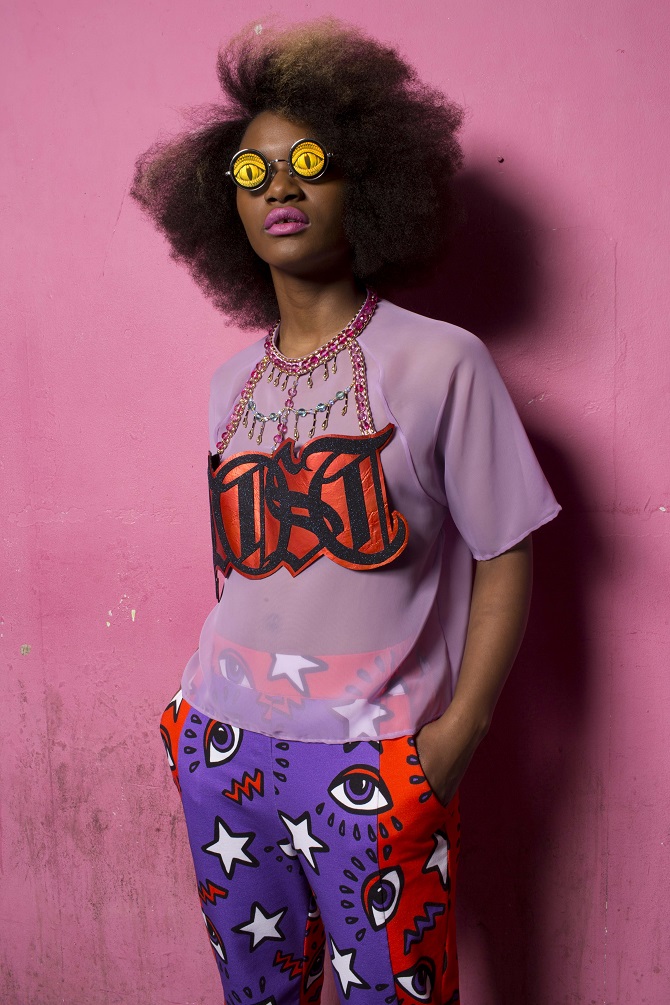 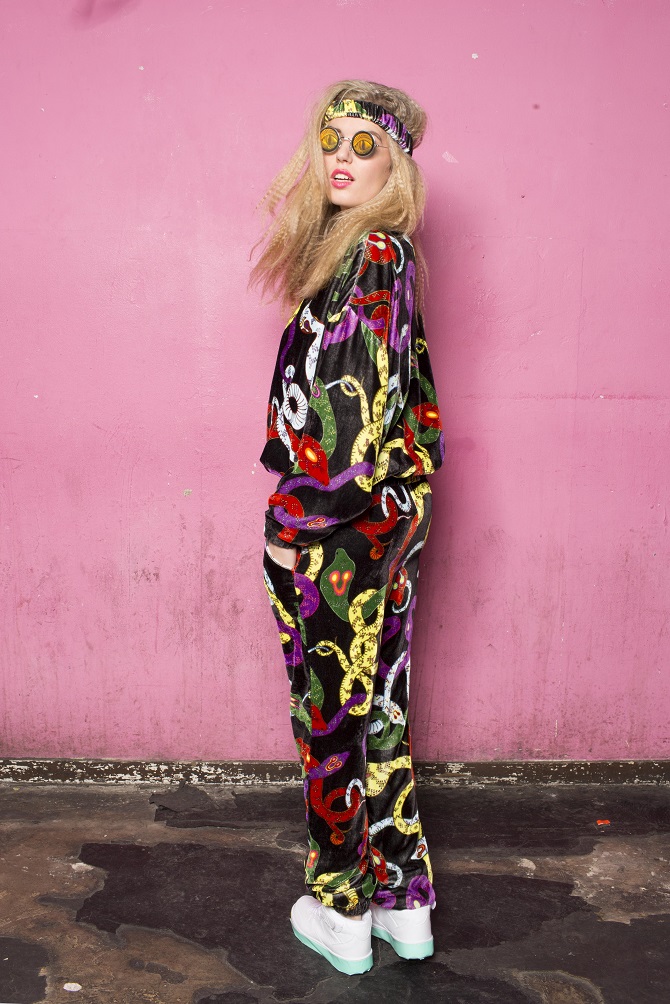 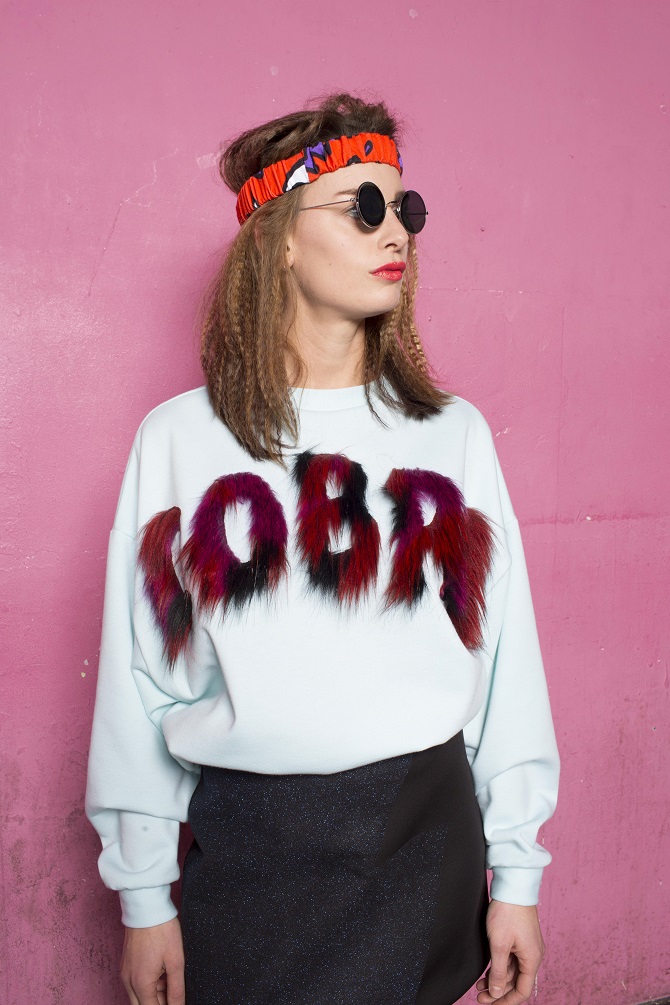 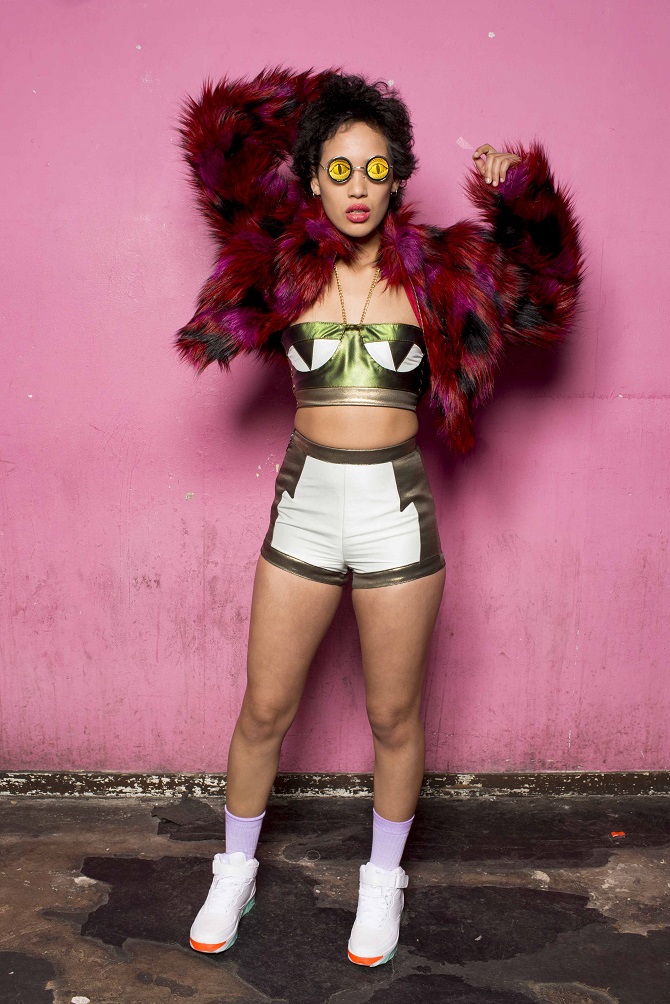 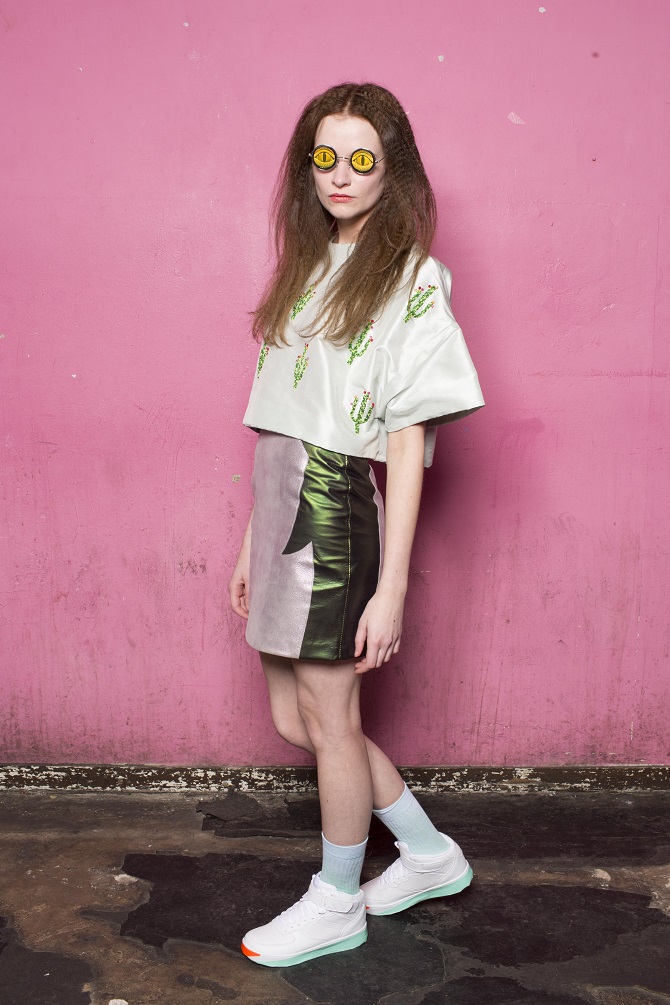 The colourful and energetic Dutch designer Esther Haamke just showcased her latest “Snake Preview” collection at the opening party of Amsterdam Fashion Week and we caught up with her for a brief chat about her creative endeavors.

Esther has a background in illustration and has studied fashion design at the Antwerp Royal Academy of Fine Arts that has a reputation for developing the best new fashion designers from all over the world. She did an internship at the Bas Kosters Studio in Amsterdam and then, consequentially, set out to establish her own label.

Esther describes her designs as loud, but still wearable. They are for people that like to express themselves and that enjoy to shine and stand out on the streets. One of her main principles is to design pieces that she would love to wear herself and that would hopefully make people smile. Currently she designs streetwear only for women, however she revealed that her next collection would also include some pieces for gents.

As for the future plans, this year she will continue to promote her “Snake Preview” collection and promises to release some cool news on January 2016.

We can’t wait to see more of these super fun and crazy designs on the streets and wish Esther all the creativity and energy to grow her label!